David Wells and Adam Simon are two artists who observe the culture that they both inhabit. Both have created their own inventory of representative images.

Fieldwork will consist of three parts:

an exhibition in the Voorkammer gallery of David Well's cut out figures culled from both his own photography and various news sources (including local Belgian press), and Adam Simon's paintings derived from images in stock photography catalogues. Both bodies of work express a desire to catalogue representative moments of contemporary human behaviour. Hence the title which itself is culled from the field of anthropology.

For the last several years Adam's paintings have been derived from images found in stock photography catalogues. The catalogues are compendiums of everyday moments, divided into categories that cover a wide spectrum of human types, activities, and stages of life. They are used as a resource by advertising companies and other print media whenever these companies need a generic image. On one level, stock photography gives us an image of what life is supposed to look like. Models are routinely posed in everyday situations; eating in restaurants, sitting at a computer at work, running on a beach, lying in a hospital bed, and told to look the way a real person would look doing these things. But not quite. The person at the computer must look happy and fulfilled, the person in the hospital bed cannot look apprehensive  The actual paintings are silhouettes, worked on over fairly long time periods. Painted and re-painted many times. Through becoming ever more generic, they paradoxically recover some of the complexity that was missing.

His ongoing series of video portraits offer a counterpoint to the generic images in the paintings. By engaging individuals in dialogue he captures a few minutes' glimpse of a person actively representing themself. About ten of these portraits exist so far. Perhaps ten more would be ready by May, 2004.

It would be interesting to try to engage artists and others in Lier in creating video portraits. It could be proposed with only minimal constraints, such as length of the video and restricting the format to a talking head, facing the camera. Nowadays the software to do the editing is readily available and many computers come with it already installed. Perhaps we would have many of these portraits placed on a loop and displayed on monitors in shop windows or other sites around the town. It could become a collective portrait of Lier.

"Exposed wiring"  and "Some things I have seen recently" are titles of some of David's slide shows. These phrases are also themes which drive his work in slide shows and sculptures.  Whether clipping the newspaper for the figure of a rioter, a coffee farmer, or a sanitation worker, whether photographing an obscure Bronx street corner where someone painted the base of a city street light yellow and red in color-coordination with the McDonald's on the same corner, or whether taking a field trip to visit and photograph a solar-powered light fixture that he has read about, he is looking for some kind of daily work, spark, individual initiative or sometimes encountering a horror which "gets my attention".  He catches that corner in a slide. Frequently, he will also make a cut-out on wood or plexiglass of the light fixture on that corner. The same with the clipped rioter, coffee farmer or sanitation worker:  He adheres the copied  images, adjusted to 1" (25mm) scale, to wood or plexiglass and cuts it out with exact attention to the edge line. Let the edge tell part of the story.  He collects the figures and slides and shows them to others.  "Look:  some things I have seen recently." 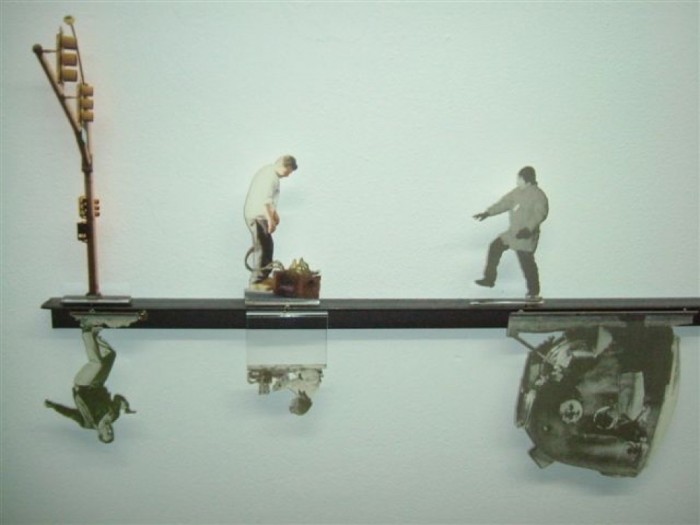 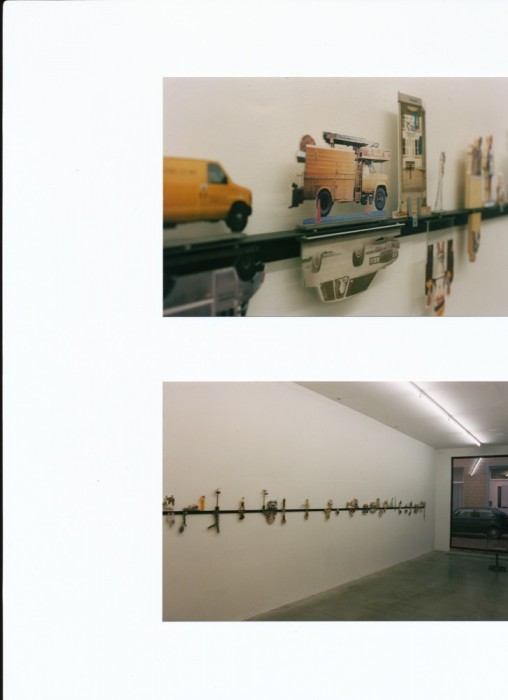 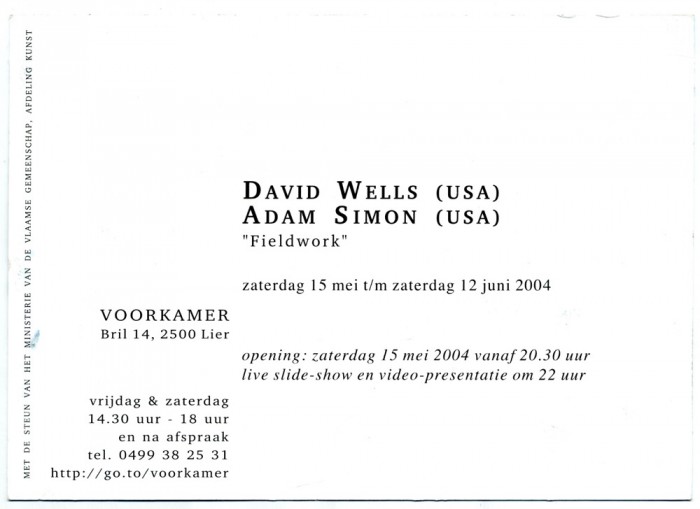 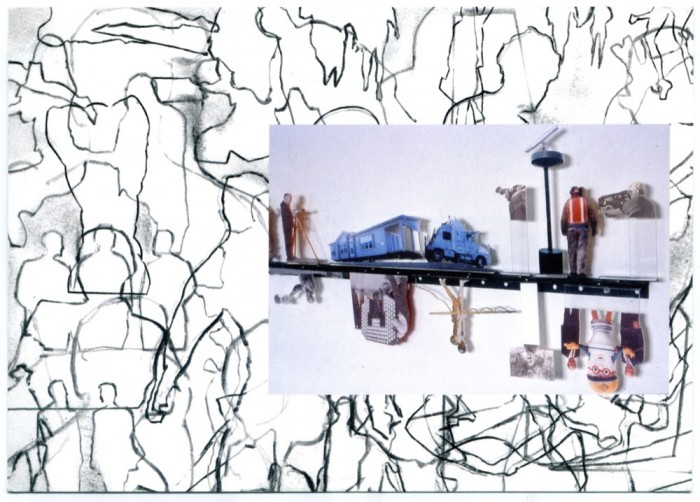