VOORKAMER organised the project "GEEN TIJD" (translation: "No Time") in the buidling opposite the Stedelijk Museum in Lier. The project was realised "under forced circumstances": time, space, budget,…
Originally a proposal was formulated to locate the project in the Stedelijk Museum. But the counsil member responsible for cultural affaires overruled this proposal because of the "possible controversial character" of the project.

VOORKAMER didn't want to leave it with that, looked for and found an alternative.

A space was made available in a garage opposite the Stedelijk Museum, thus a link could be made with the originally intended project. About 200 artists received an invitation. They were asked for the presence of the elements "time" and/or "forced circumstances" in their work. They could react in any form or shape. 75 artists responded.
The project as a whole formed a stock/cabinet/idea-bench/reserve of works about "time" and "forced circumstances". It formed a powerful statement against the fear-inspired prejudices.
The project was composed and designed by Peter Morrens and Rik De Boe. The window and apartment made available were adapted by them through the construction of a billboard in the window, containing the picture of the empty museum.
A door in this picture gave access to the apartment by means of a specially constructed hall and staircase, with the heterogeneous compositions of the contributions by the artists. 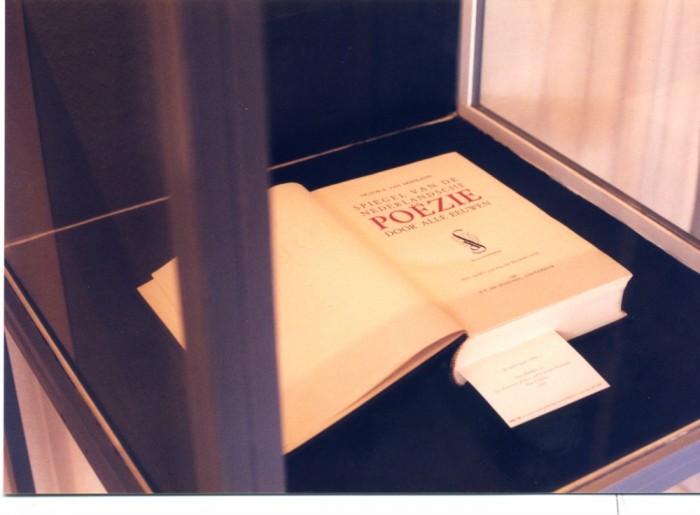 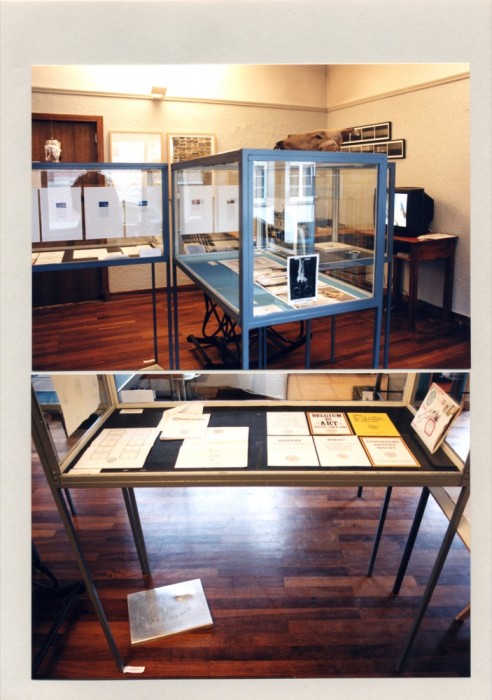 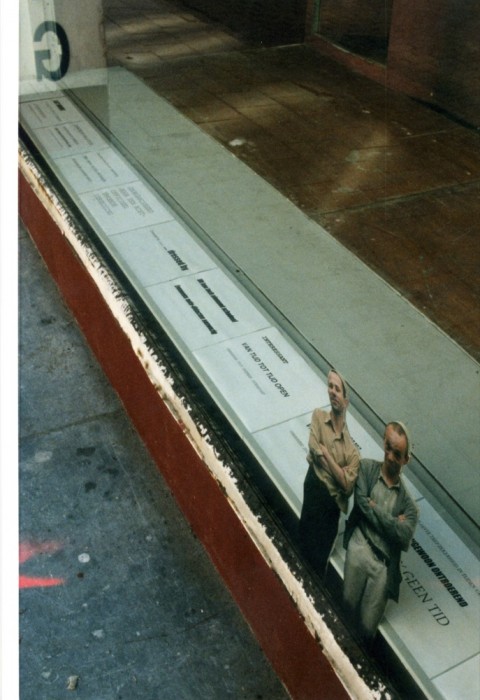 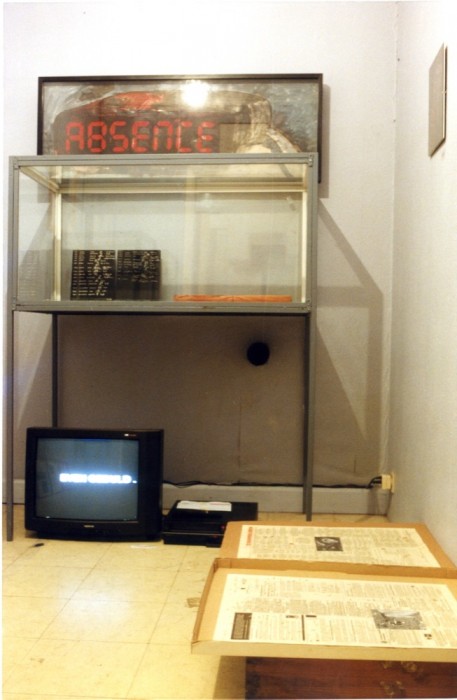 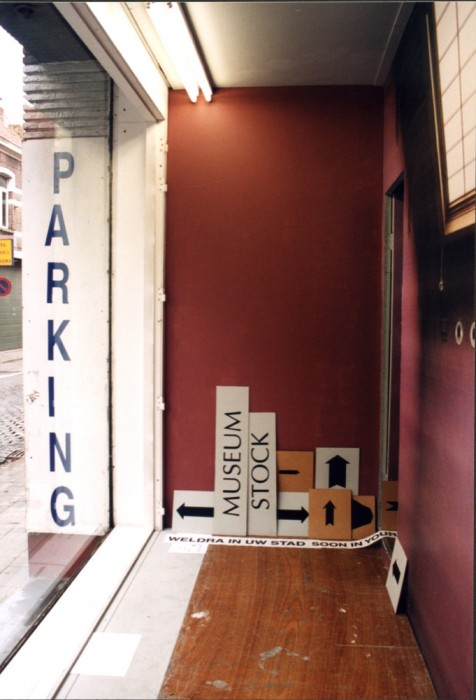 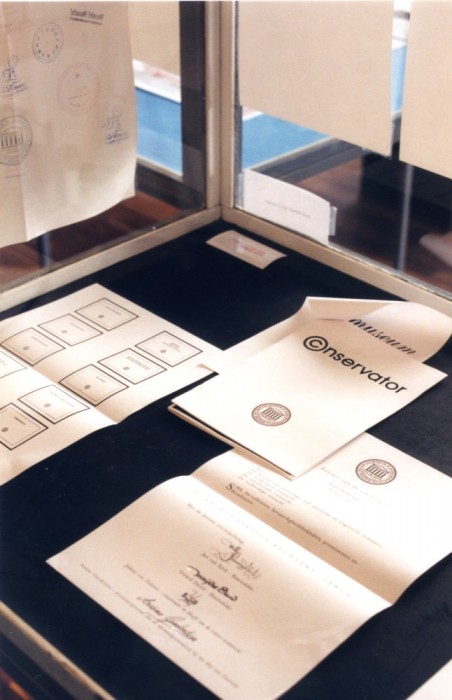 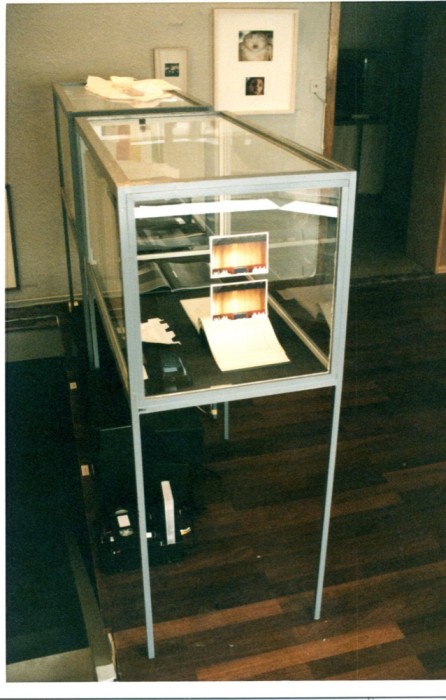 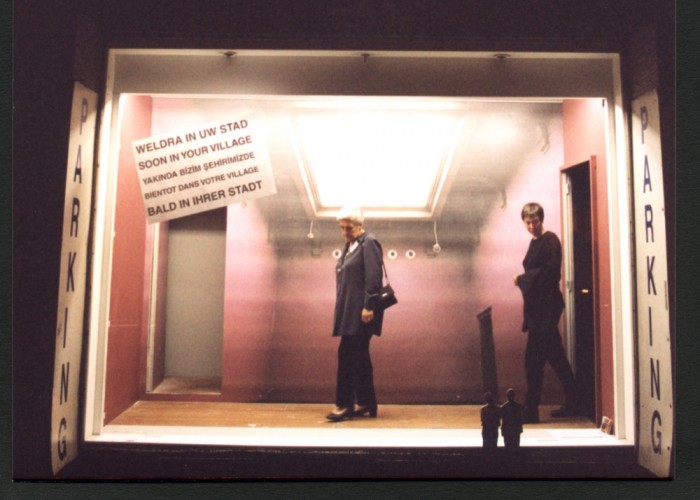 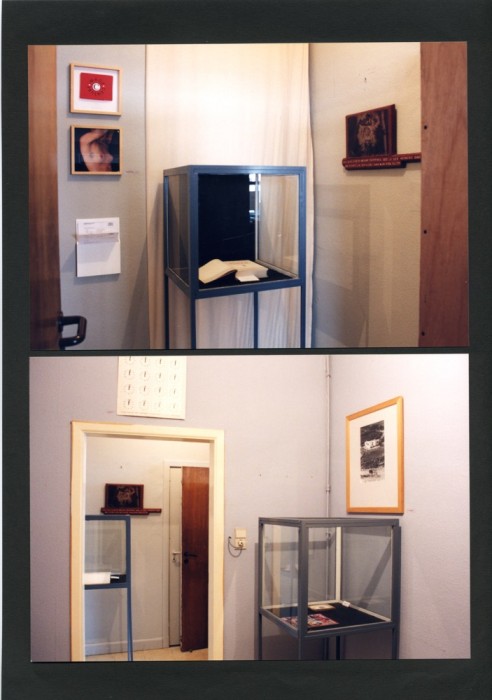 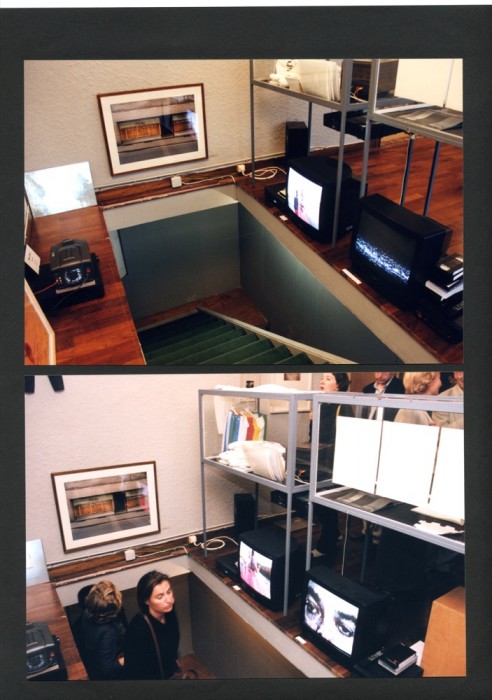 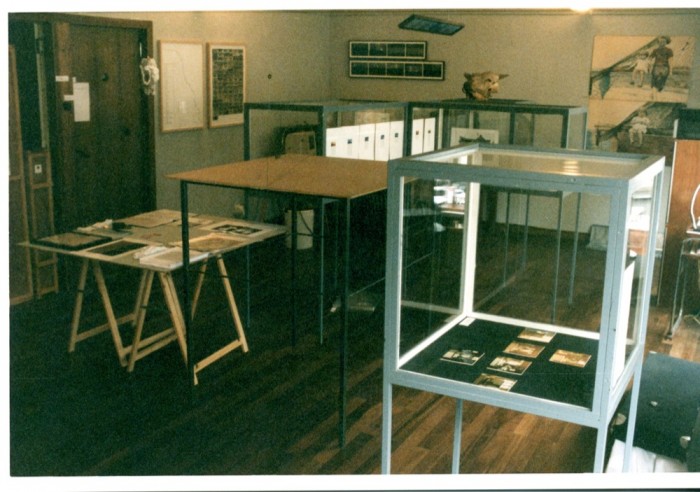 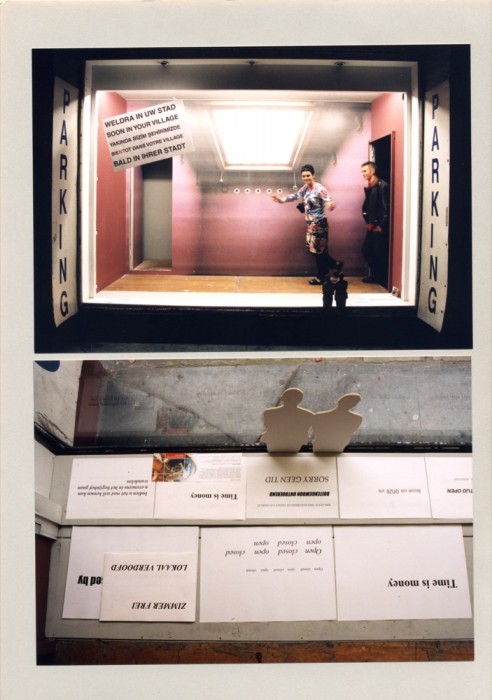 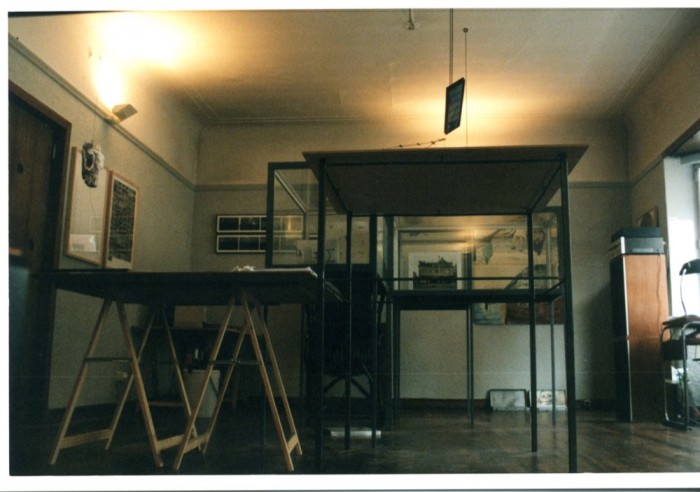 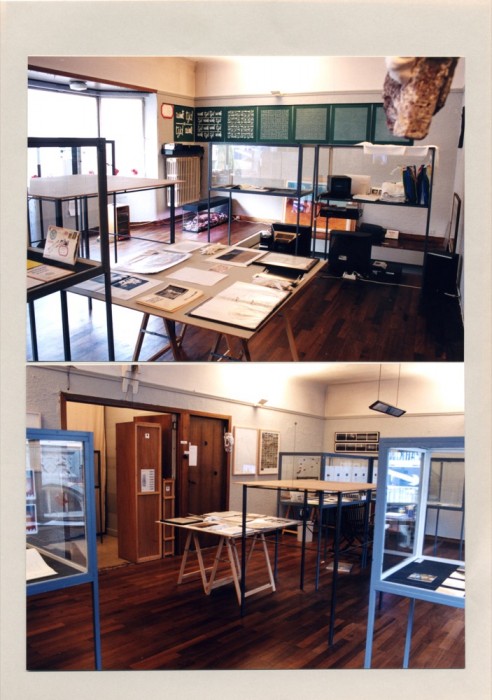 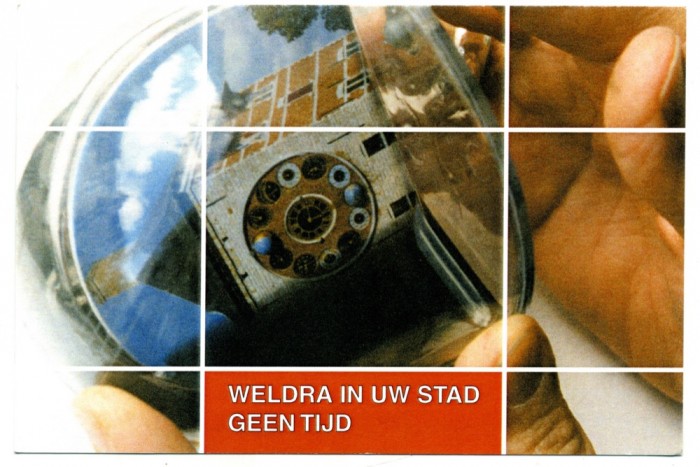 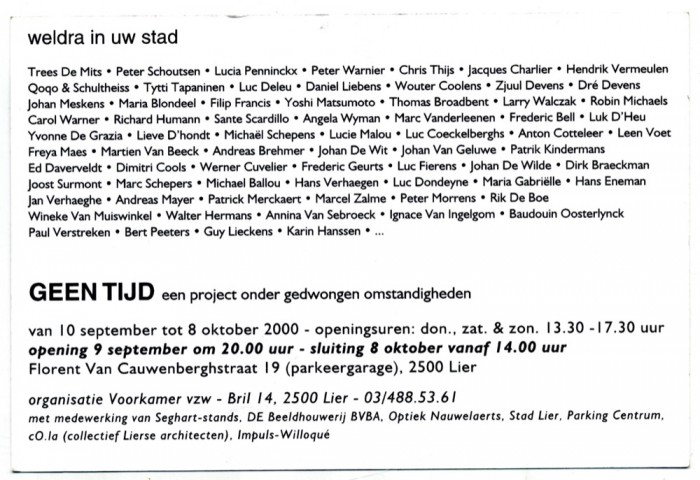