Every map is a reflection of the mind of the mapper. A map is an imposition, a fiction, a fetish, laid over an essentially chaotic or unknowable “reality”. This May, five artists arrive from New York to impose five maps on the city of Lier. These maps may temporarily replace the experienced reality of their locations – if something is altered in the mind, the changed experience of a site may be permanent. A strong fiction can wipe out previously existing fictions. The new map may become the new “reality”.

“Vicinity” describes a place without its characteristics. It is a generalized area whose boundaries are not explicitly defined. “Vicinity” is a police term, as in “the suspect is still in the vicinity”. It is an unsentimental word. “Vicinity” can imply being near to something else without having a relationship to it.

MAPPING IS A POLITICAL ACT OF CLAIMING TERRITORY
The most flamboyantly symbolic way to claim territory is to thrust a pole into its soil and hoist a flag over it. A map is then drawn - or claimed - of the territories sporting flags. This Thomas Broadbent does, yet the flags are not fully flags but windsocks - weather instruments that measure the flow and direction of wind. But when the instruments look like giant pairs of trousers and the material runs the spectrum of male uniforms - from business suits to army fatigues - can we trust that this is their real function? Is the pseudo-scientific really the political in disguise?

A MAP IS A GUIDE TO HELP YOU MOVE FROM ONE PLACE TO ANOTHER
Norma Markley’s work insinuates itself into places visited by people in transit - hotels and bars. Her maps are little more than phrases embroidered on towels and stamped on bar napkins, but the words change your perception of these objects. They take you on a journey inside your own journey, but this one is in your mind. The maps are left behind or discarded. The traveler is invited to record the journey in a questionnaire; or, if there is no wish to communicate, the silence of the traveler is respected, and his or her identity remains unknown, a mysterious presence on its way to another unknowable destination.

MAPPING IS OBSESSIVE MARKING AND MEASURING...
...the time until death. The Zimmertoren in Lier may be the only world monument to the obsessive mapping of the passing of time. Richard Humann adds one more layer to this obsession with a literal projection on the tower itse lf - a video loop of his own long braid of hair swinging to and fro. This projection of the body marking its own becomes a comment on the obsessive complexity of Louis Zimmer’s life work that makes Zimmer’s real (and maybe unconscious) message overwhelmingly clear. A miniature version of the video plays continuously in a more hidden space nearby. Even when the public projection is not visible, privately, the mapping goes on.

A MAP IS A DEVICE OF REENCHANTMENT
Patricia Smith wants to make us aware of the residue of the past that we are living with. She recruited a psychic to read the energy fields around the city - where spiritual energy has collected in pools from the prayers of centuries, where the field is heavy and dark and the horror of past atrocities still lingers. When a stronger psychic mapping occurs at a particular site, past mappings can be erased. In a sense, this psychic mapping and remapping can be seen to relate to a past city project - that of the rebuilding of the center of Lier to recreate the fiction of an absolute, timeless, eternal “Lier”. The new fiction erases the horror of a war-ravaged city. It is the same city as it was before the war, or the same “city idea”.

MAPPING IS A REPROGRAMMING OF EXISTING PATTERNS
In his Sonic Restaurant, David First invites us to experience the essence of mapping - on a cellular level. The visitor is invited to sit at a table, put on a pair of headphones, and order from a menu of “brain wave entrainments” that each produce a particular state of mind. We must be on guard that a scientific or technical approach to mapping - or one that uses sophisticated equipment or machines - is as much a fiction as any other approach. It is the act of engagement that makes it reality. The project cannot exist unless the visitor makes the radical decision to self-map.

The work of all five artists implies that, in some sense, mapping is always the placing of the imprint of the body on a site outside (or inside) of itself. It is a symbolic act that allows the mapper to “be” in a place even after they have physically moved on. It is our only record of there having been a past or a place that we are not in now. It is a way of knowing the past from its remains.

Can we ever again pass the Zimmertoren without blinking away the afterimage of a swinging braid of hair? Can we walk the streets of Lier without feeling the psychic vibrations from past events? Can we enjoy the ceremonial flags on the Grote Markt without being aware of the pomp and hint of buffoonery that is aired aloft? And we are not safe in the intimacy of our circle of friends or in the privacy of our sleeping chambers, for mapping - the sharing of fictions - is going on there too, and secrecy somehow always gives way to public knowledge. Eventually we come to realize that the supposedly inviolable space of our own bodies has been thoroughly mapped. Do we dare to change our own internal mapping? Or, more to the point, can we avoid it? 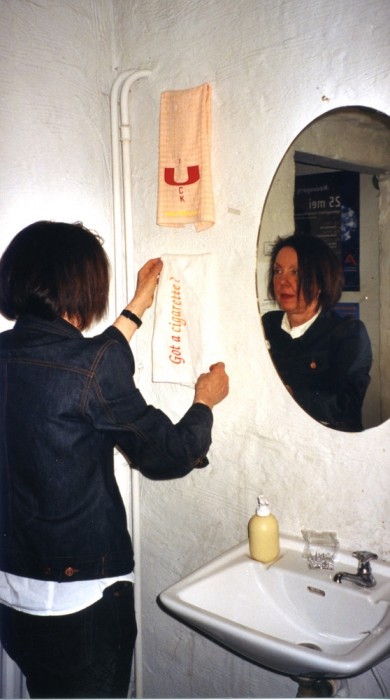 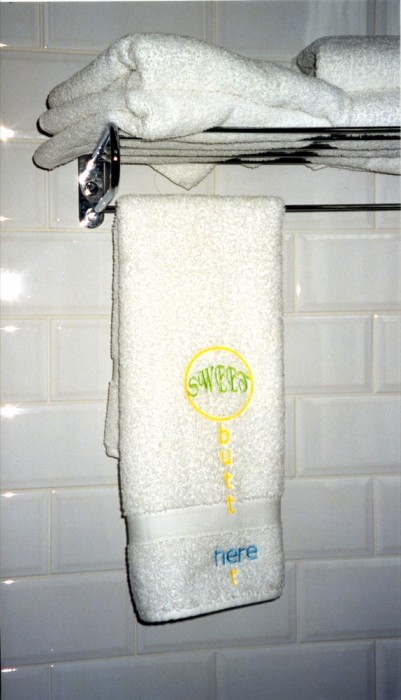 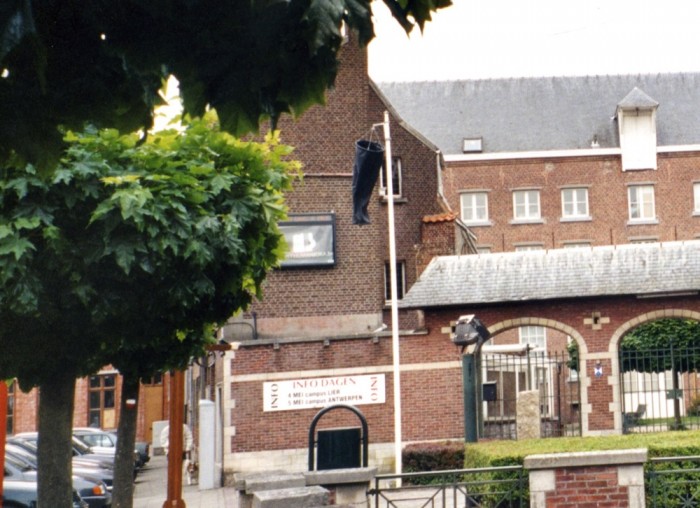 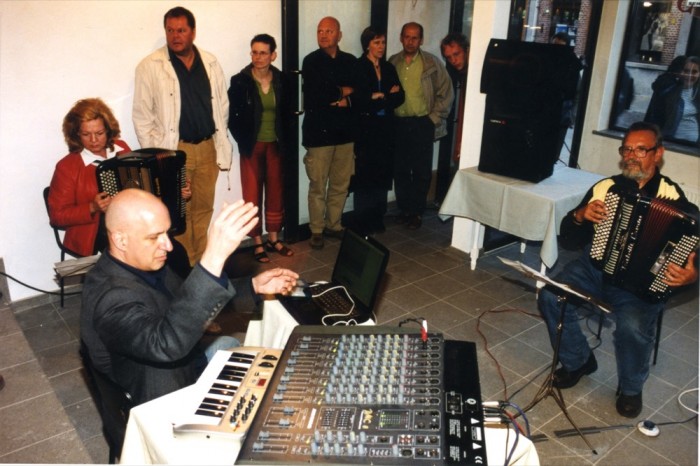 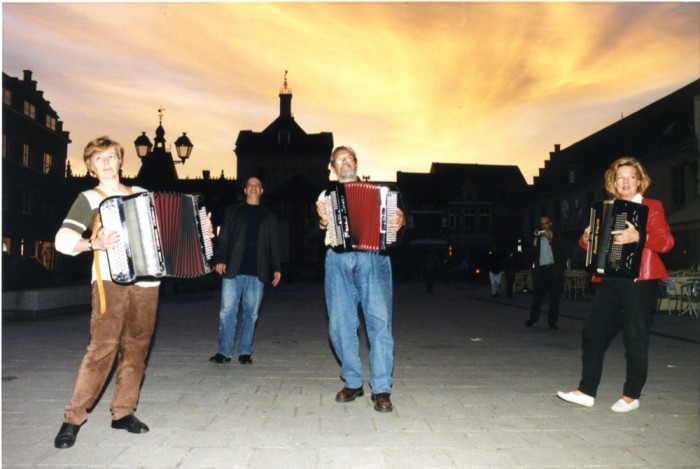 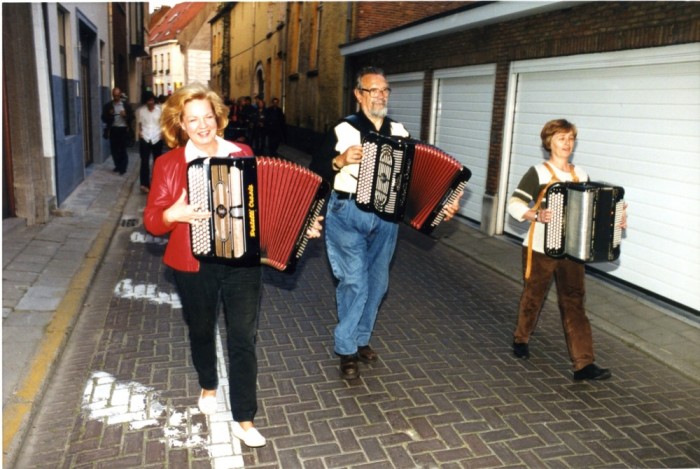 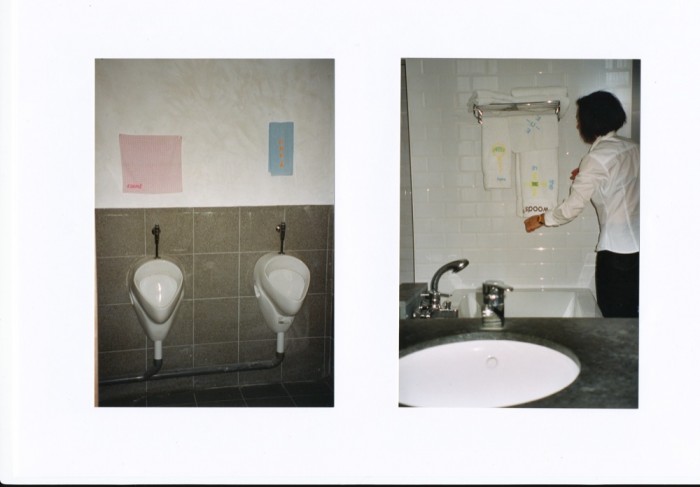 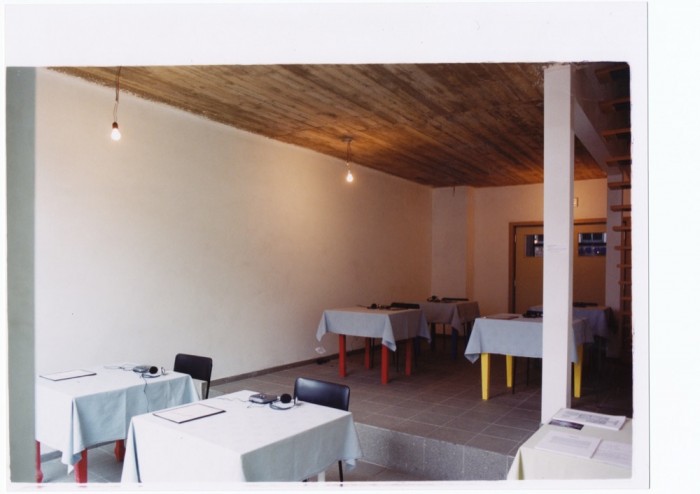 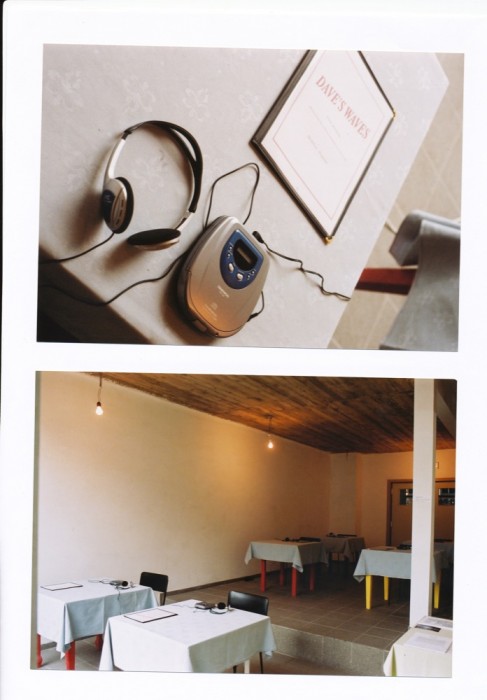 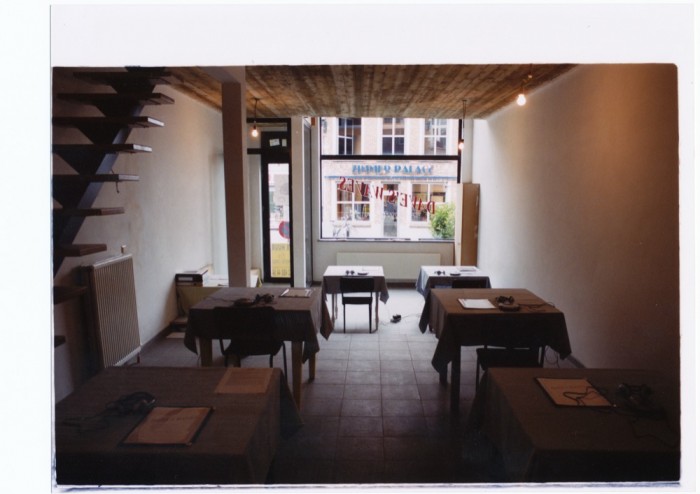 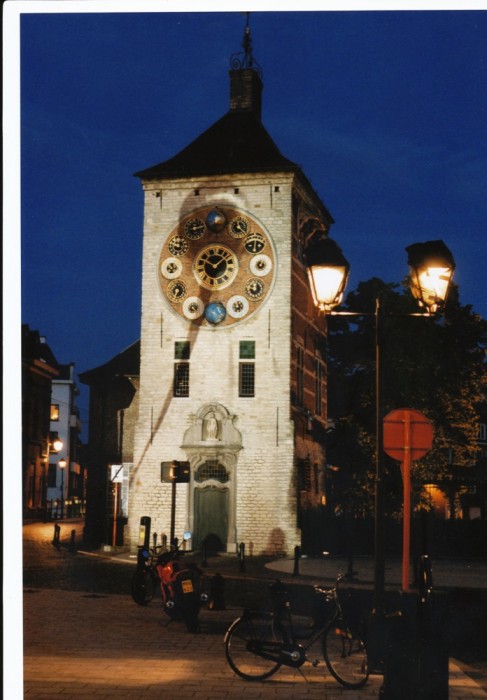 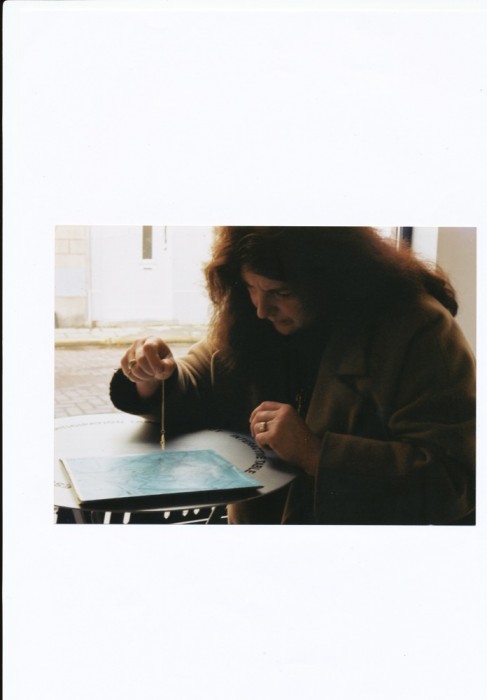 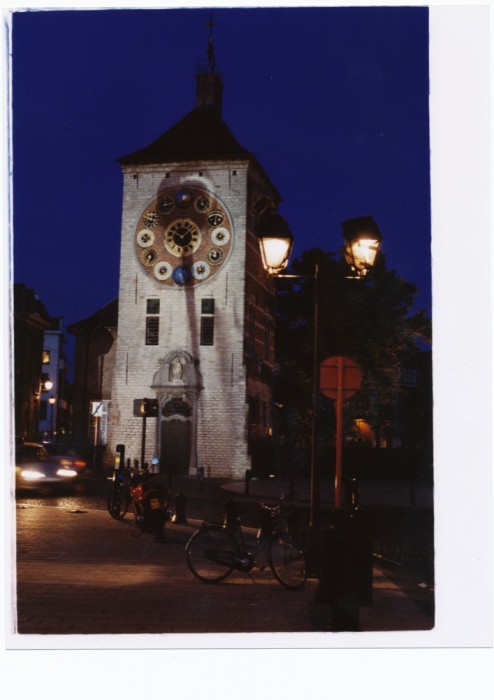 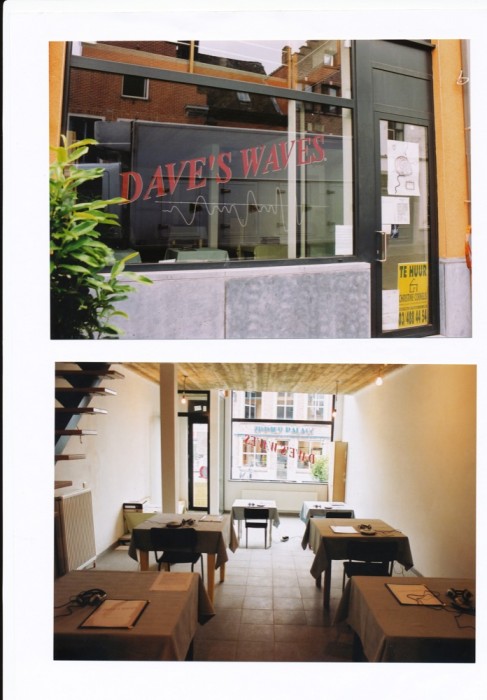 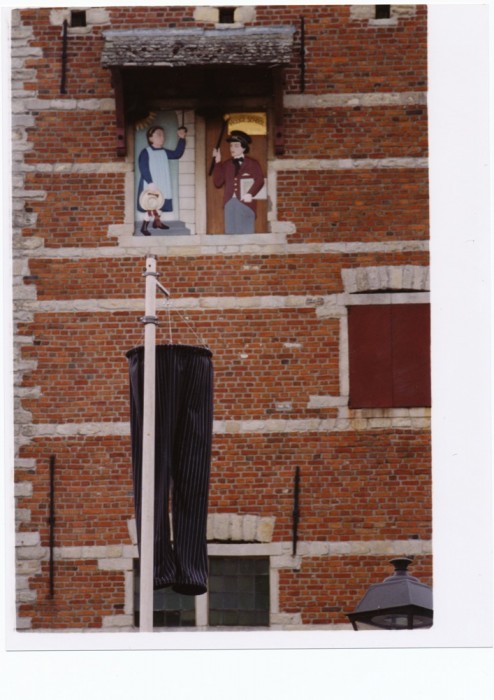 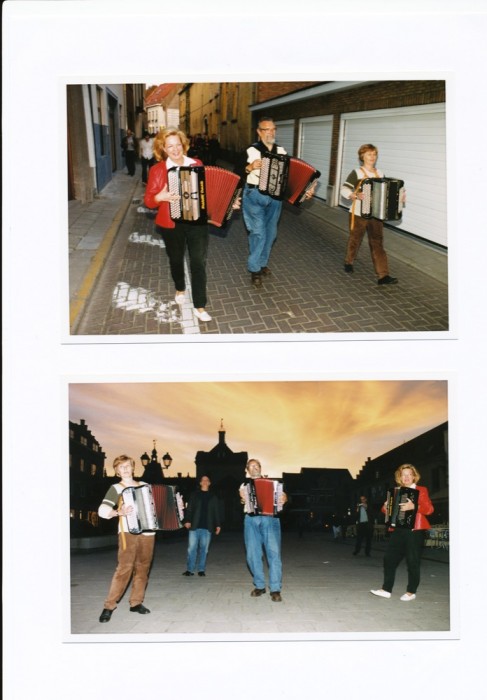 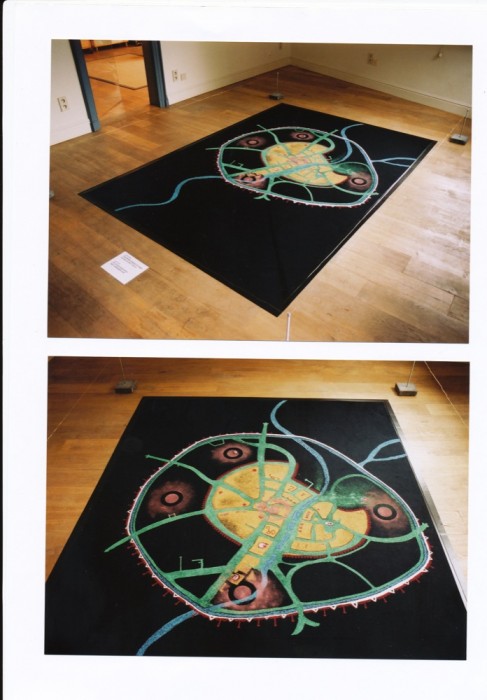 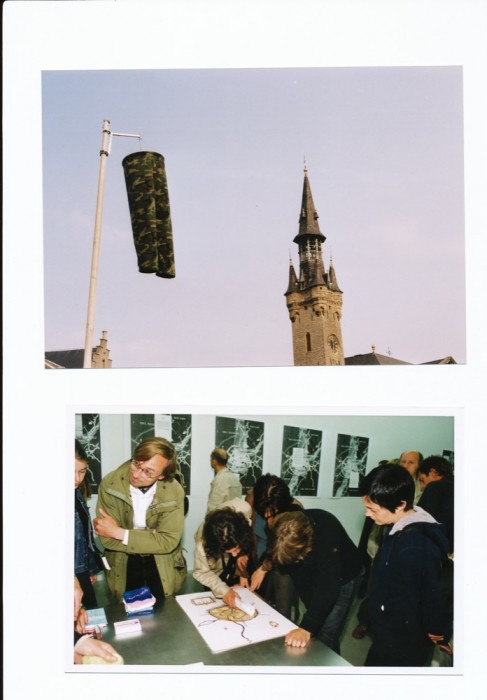 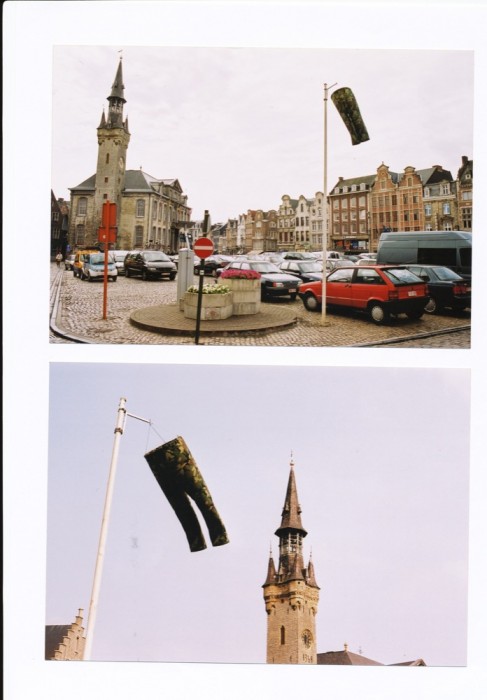 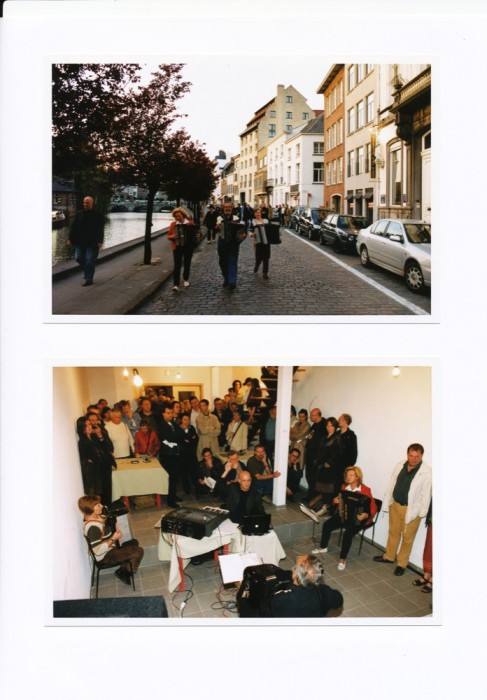 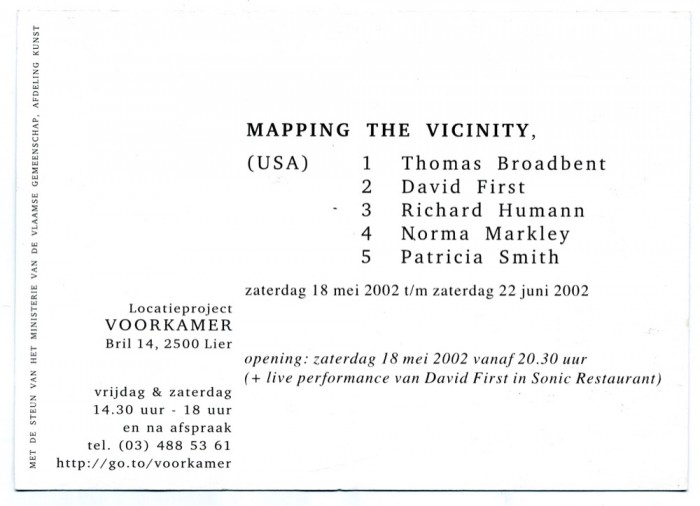 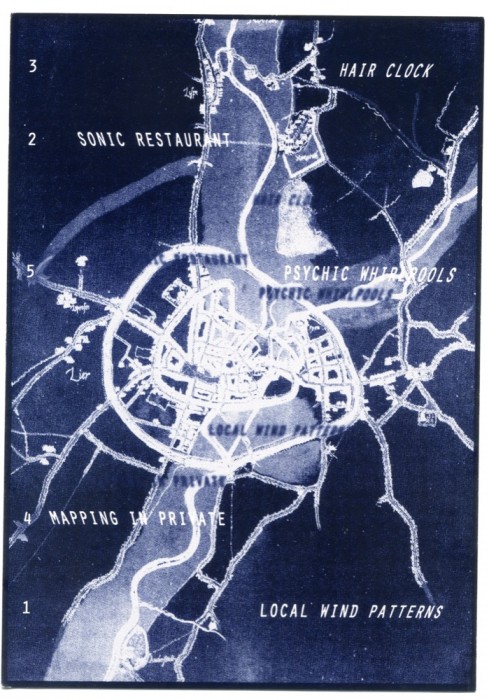